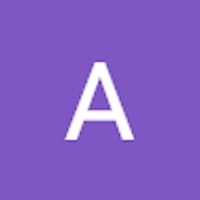 A while back, we got a project where we needed to use Bing Maps in React Native. As we researched the internet, we came across React Native Maps but sadly, it does not support Bing maps. So, we continued with our search and to no avail. We knew we will have to implement it ourselves so, we created react-native-bing-maps. As of now, it has basic API support for Bing maps in React native. In this blog, we will explain how to create a simple React Native project and implement Bing Maps.

First of all, let's create a simple React Native project:

Open your terminal and execute the following command to create a new react native project:

Post this, we have to install React Native Bing Maps library to implement our Bing Maps using the following code:

If using yarn, use the following code:

Now that you have the Bing Maps key, in order to use Bing Maps on Android we need to add this key to our gradle to proceed forward:

Let's get down to coding on the JS:

For the purpose of this demo, we will use the app.js file itself. First, we will add all the imports as shown:

We will place Bing maps inside a view like this inside the main app component. Use the code given below to go forward:

Note: CredentialsKey prop here is the same key you obtained from Bing Maps website. This prop is required for Bing Maps to work on iOS.

Now, let's create a stylesheet for our component using the code given below:

After implementing the above code, the final output should look like this:

For the full list of supported props visit the Docs

For an example of this implementation, you can visit the example code.

After the implementation that you have purview in this tutorial, we shall end up with a library that has basic API support for Bing Maps and Native API. We are currently working on adding more advanced features to this library.

Thank you for reading. Happy coding! :)