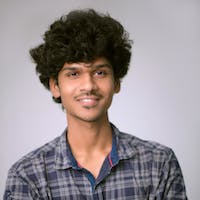 React Navigation is the go-to library to add responsive navigation to React Native apps. It provides features like Top/Bottom tabs, drawers and Stack navigators. It also works on web which is awesome 🔥. If you want to know about React Navigation in depth, read more here.

This tool aims to quickly set up navigation routes in your app. It is based on the fact that APIs for all navigators are almost the same, which makes manual work seem extra and deems this automation really easy to achieve.

To demonstrate how the tool works, let's make a simple version of the routes used by Twitter's web app. The diagram below charts out the typical route that each major element in the Twitter Web App takes. Rectangles are screens and ellipses are navigators: 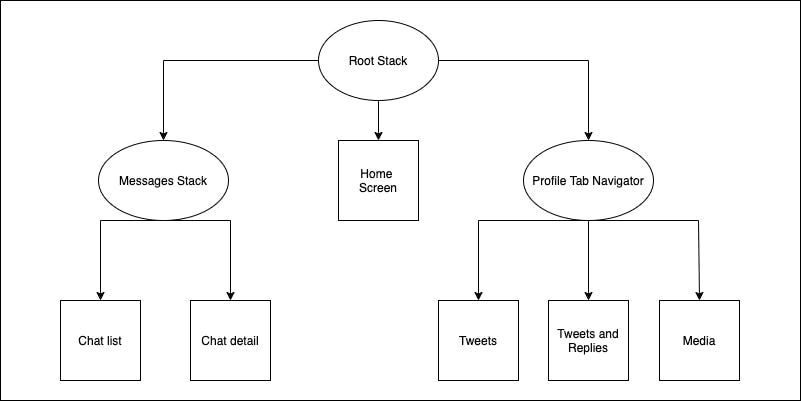 Why I felt the need for this?

I had been using React Navigation for a while now and generally, before working on the app, I get myself familiar with the designs. So, I know all the possible routes for within the app. I also tend to keep my folder structure the same. i.e. Navigators and Screens for every app, which makes setting this up a mundane and redundant process. I won't lie about the fact that I needed a tool that could quickly get the initial setup done for me. Needless to say, I rolled up my sleeves and went to build it myself.

Rather than typing long sentences about it, I reckoned it's better to show you how it works.

Try it out here.

Thanks so much for reading/watching. See you next time.