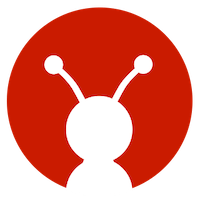 This tutorial is designed to quickly get you acquainted with React Pluggable. It includes step by step instructions and examples for extra clarity. For more information, please visit the official documentation.

What is React Pluggable?

React Pluggable is an intuitive plugin system for Javascript & React apps. It focusses on the abstraction of the UI and helps you think of the app as a set of features instead of a set of components. We at GeekyAnts have used React Pluggable for large & complex apps like BuilderX to successfully add independent and dependent features over time.

While working on BuilderX, we realised that adding and removing features was becoming cumbersome. Furthermore, a lot of knowledge transfer was required for a new member to contribute. This slowed down the overall speed of development. To overcome this hurdle, we came up with a very basic version of what React Pluggable is today.

This plugin system has all your features and can be enabled/disabled with a single line of code.

Use npm or yarn to install react-pluggable in your app:

Note: We are using Typescript in all our examples. You can also use it with Javascript without types.

Let us create a plugin that will add an alert functionality to the component.

Create a class ShowAlertPlugin and implement it with IPlugin interface:

Using that plugin in our Target Component:

The functions which are added to pluginStore are executed by passing their name as the first argument in the executeFunction() of the PluginStore object.

ShowAlertPlugin will get injected into the component as shown:

The Todo list will appear when the login button is clicked. Although we are not doing actual authentication here, let's suppose that authentication is successful. In this case, we dispatch an event Auth.authenticated from AuthPlugin. The event is listened to by the ToDoPlugin which ultimately renders the Todo component.

On clicking the logout button, Auth.loggedOut event is dispatched from the AuthPlugin and listened to by the TodoPlugin, which stops the rendering of the Todo component.

React Pluggable has been rigorously tested during the development of BuilderX. It has helped GeekyAnts make the development of such a complex app a lot simpler. We now want this to help the developer community code more complex apps in a far simpler and feature-oriented way. If you wish to know more about the library, you can visit the official documentation.

This post was written by Aditya J and Amar S. Edited by Kavya V.